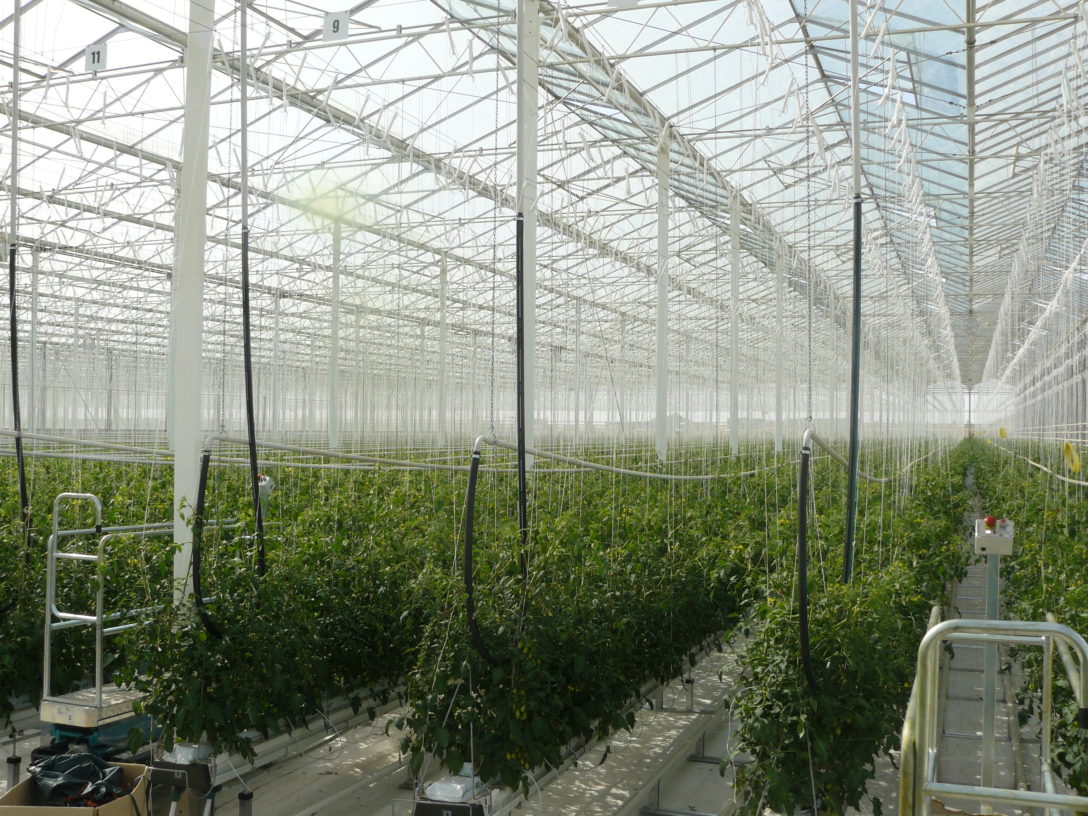 Among all the types of real asset investments, agriculture is uniquely exposed to climatic risks: if it rains too much or too little, or if it gets too hot or too cold, your planted crops may yield less than they would otherwise or suffer from a drop in quality.

Investors always have to weigh up risk when making any investment. But there is one way to mitigate this climate risk in agriculture, if not eliminate it altogether: grow your crops inside a controlled environment.

Controlled environment agriculture does not always seem like a natural fit for Australia, given that the country has abundant space (even if most of its land is not suitable for cropping).

But there have been some significant investments into the space over the last few years, with CEA emerging as a sub-asset class in its own right within the world of agriculture investing.

One of the biggest investors in the space in Australia is Sydney-headquartered private equity firm Roc Partners, which manages an investment in tomato producer Flavorite through both its Premium Food Fund and another commitment made in July 2020 through the Victorian Business Growth Fund – a A$250 million ($173 million; €164 million) vehicle launched in June 2020. The VBGF includes a commitment of A$200 million from Aware Super.

The firm subsequently invested in expanding the Flavorite Group, pursuing organic growth as well as a merger with businesses owned by the Murphy family in Victoria that were formerly known as Murphy Fresh and Tatura Fresh. That deal in March 2021 made Flavorite the largest owner and operator of glasshouses in Australia at the time, before it sold and leased back its 33-hectare Warragul Glasshouse to Australian Securities Exchange-listed agriculture and real estate investor Centuria in November 2021.

“We feel like we have the wind at our backs in terms of the macro trends. We see CEA as being at the intersection of multiple drivers”

“We were attracted to the protected cropping space primarily because you can remove a lot of the climatic risks associated with agricultural production. You’re not going to remove your exposure to price, but protected cropping gives you a more predictable production line, where you’re less susceptible to frost, hail or drought wiping out a crop,” explains Roc Partners partner Frank Barillaro.

Equilibrium is one of the biggest players in CEA in the US and recently made its first foray into Australia, teaming with PSP Investments and Temasek to invest in Perfection Fresh, creating a platform to expand the firm’s CEA strategy in Asia.

“Australia has not yet been fully influenced by the CEA technology spin, and in some ways it is maintaining a rational view of, on the one hand, the critical importance of CEA, without getting way out ahead of itself in terms of valuations and market growth,” Equilibrium CEO Dave Chen says.

“These are all happening at the same time, and depending on the market or the stakeholders, the order [of importance] might differ, but you’ll end up covering most of those. So we see a long-term trend for CEA.”

Both Chen and Barillaro also cite ESG factors as an attractive tailwind supporting the rationale for investment in CEA.

“Controlled environment agriculture is more competitive and more productive per unit of input than field agriculture. Greenhouses are notoriously positive in terms of their water usage, and we’re also putting a lot of attention into energy efficiency and energy use per kilogram of output,” Chen says.

“There is also a sense that food is undergoing a transformation but ag is ground zero for climate change: it’s hard to move a piece of land. Thematically, it’s a sector that’s been hardier from a cyclicality and shock standpoint, notwithstanding its own supply-demand curves, but there is even more thinking now about how changes will affect land-based agriculture, and what new techniques and technology can help us feed the world as the climate shifts.

“It’s the same as an investor thinking: would I rather own General Motors the engine company, or would I rather invest and prompt GM to become an electric vehicle company. I think that’s a relatively new understanding that’s come about in the last few years.”

Barillaro says that Roc Partners had always tried to promote good social and environmental outcomes through its investments, and considered how it could leverage its platform as an institutional investor to create change.

“We’re also able to capture CO2 and use that for production in the glasshouse, and we’re able to capture water from the roots and recycle that, too. And we’re also now exploring the use of LED lighting in some of our older-generation glasshouses to maximize productivity and find a sustainable way to increase production on a per square meter basis.”

And from the social perspective, Flavorite’s team is heavily involved in local activities including donating unused food, as well as ensuring it is a good employer for the regional Australian communities in which it operates.

“We’re one of the largest employers in the Warragul region so we’re making a meaningful footprint on economic growth and job creation in those regions, which is great,” he says.

So with macro tailwinds supportive of the sector and investors increasingly interested in the opportunities thanks to its strong ESG thematic, is the sky the limit?

Perhaps not: “I think it’s going to be measured growth,” Barillaro says.

“The industry can only support so much glasshouse before you turn what I think is a pretty balanced market into an oversupplied market. A lot of greenfield projects that have tried to get off the ground [but failed, have found] that it’s a balanced market so even an extra 20 ha of glasshouse is going to distort supply.

“And there is a real trick to growing in a glasshouse successfully. A lot of the time it can take management teams two, three or four season to really understand how to grow a crop and to integrate it into your management systems. We think there’s a fine balance in the market between the existing players who have established a production base and know what they’re doing, and have the capacity to brownfield expand rather than greenfield, and have a pretty good understanding of the market.

Chen agrees with this but sees his firm’s investment in Perfection Fresh as a launchpad to starting carefully planned growth into the wider Asia-Pacific region: “We had a wonderful opportunity in Australia to partner with one of the market leaders in CEA there, and we hope it will also have an influence and growth across greater south-east Asia.

“Our primary objective is to support the success of Perfection Fresh as a platform for growth, and we have the great privilege to partner with two other very sophisticated agriculture and agtech investors in Temasek and PSP. We have no plans to dramatically expand in Australia, but to build out the CEA footprint of Perfection Fresh and extend our leadership position.”

Having said all that, Barillaro reiterates the point that growing food in glasshouses is “one of the very few businesses in ag where you’re on the right side of climate risk.”

“So I think we will see more growth in the sector, purely because consumers in particular want more consistent supply and quality, and it’s more readily achievable in a protected cropping environment.”

Another area of controlled environment agriculture that gets even less attention in Australia is vertical farming, quite distinct from growing large crop under glass roofs. One investor in this space is Bridgelane Capital, the firm led by Markus Kahlbetzer.

Speaking at The Australian’s Global Food Forum in Melbourne in June, Kahlbetzer talked about his firm’s investment in Sprout Stack, a Sydney-based vertical farming operation that is among the largest of its type in Australia.

“We’re doing about a ton of leafy greens [through Sprout Stack each year] that we retail through Harris Farm and a bunch of independent grocers in Sydney,” Kahlbetzer told the conference.

“It’s really about verticalizing farming, bringing it closer to the end consumer, lowering those food miles, and a bunch of other environmental benefits […] and extracting that efficiency on a per square meter gain.

“We’re funding that business in-house at this point in time, and really demonstrating that it’s a sustainable business, that it’s feasible.”

Eventually, once it reaches scale, Kahlbetzer said he hopes it would open conversations with Australia’s larger supermarkets about supply arrangement and potentially look at bringing in outside partners to help it grow further.