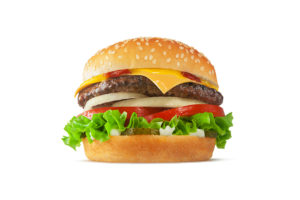 The Dutch government has confirmed it will invest an initial €60 million to support the formation of a cellular agriculture industry in the country. Cellular ag enables the production of animal products such as meat and dairy directly from cells.

This is potentially the largest sum of public money that has been invested in cellular agriculture globally to date, and is a precursor to a larger growth plan.

The Netherlands plans to invest a further €252 million to €382 million in its cellular ag industry – a timeframe for the pace of capital deployment was not given – specifically to stimulate cellular ag “education, academic research, publicly accessible scale-up facilities, societal integration (including farmers and consumers) and innovation,” said a statement from Cellular Agriculture Netherlands.

CAN is a new consortium made up of 12 organizations that includes academic institutions, NGOs and corporates, which submitted the request for funding to the Dutch government.

The funding has been awarded by the country’s National Growth Fund, which has a 2021-2025 mandate to invest €20 billion in structural economic growth areas around knowledge development and research, development and innovation.

Public backing on the rise

Cellular agriculture as a credible solution to feeding the global population received a vote of confidence in February when China’s Ministry of Agriculture and Rural Affairs announced that cultured meat and “future foods” (other alternative proteins such as plant-based, for example) would be part of its five-year agricultural plan for the first time.

“These technology advances are being combined with an entirely new model of production we call food-as-software, in which individual food molecules engineered by scientists are uploaded to databases – molecular cookbooks that food engineers anywhere in the world can use to design proteins and food in the same way we design apps,” Tony Seba, co-founder of think tank RethinkX, told Agri Investor at the time.

The Spanish and British governments have also supported the space with standalone investments, as has the EU.

Singapore, meanwhile, remains the only jurisdiction globally that has granted regulatory approval for the consumption of cell-cultured meat.

The Dutch House of Representatives voted in favor of allowing cell-cultured meat producers to conduct tasting sessions in March. France and Germany already allow tasting sessions to take place but in order for producers to begin selling their products, regulatory approval will first have to be given by the EU.