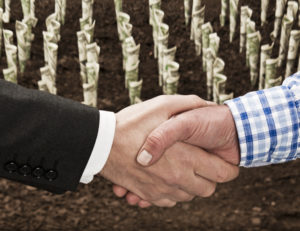 An influential think tank has called for the Farm Credit System to be regulated with an eye towards future challenges likely to result from climate change.

In a report “Promoting Climate-Resilient Agriculture and Rural Credit” released in January, the Center for American Progress – a Washington, DC-headquartered policy advocacy organization founded by veteran Democratic strategist John Podesta – called for more detailed climate disclosures to the Securities and Exchange Commission and an increase in capital reserve requirements for the Farm Credit System.

“Banking supervisors and market regulators have not put in place the oversight and transparency tools to give regulators and investors the insight necessary for effective risk management and, ultimately, to contribute to the reduction of climate change as a systemic risk through reducing funding of fossil fuels and carbon intensive industrial processes,” CAP research associate Zoe Willingham wrote in the report.

It highlights the annual average of 12.6 major weather events that occurred between 2014 and 2019 (compared to 6.3 events annually between 1980 and 2018) which caused more than $1 billion in damage, and research indicating more than half of US farmland will have to switch crops by 2070 among indications of the “climate reckoning” facing ag lenders.

Given the key role farmland plays in the capital base of agricultural producers, the report pays particular attention to the threat posed to farmland values by climate change. It points out a precipitous drop in values preceded the 1980s farm crisis and cites research suggesting as much as 5 percent of US farmland will be completely unproductive by 2070.

“Policymakers should act now to prepare for the impact of climate change in order to ensure farmers and ranchers have adequate access to capital,” Willingham wrote.

The research associate told Agri Investor the first step in the right direction would be a strengthening of climate impact disclosure requirements for 10-K SEC filings and registered investment advisor disclosures. Existing disclosure requirements, they said, are too general and do not require projections of the impact of future climate change on operations.

Willingham did not add more detail to the report’s suggestion of an increase in capital requirements for ag lenders. They highlighted that the Rural Credit report is related to a broader effort on environmentally-focused financial system reform led by CAP associate director of economic policy Greg Gelzinis.

The Rural Credit report describes the Farm Credit System as the centerpiece of a broad set of policies supporting farmers that also includes direct loans, guarantees and crop insurance subsidies.

The Farm Credit System is a government-sponsored enterprise established in 1916 and is made up of 72 co-operative lending institutions overseen by the Farm Credit Administration. According to CAP’s report, the system holds $287 billion in ag debt across 914,387 loans, largely extended to producers and rural homeowners, while agribusinesses made up only $17 billion of the total loan portfolio in 2019.

Farm Credit loans are funded not by deposits, but instead through the tax-benefited sale of bonds by the Farm Credit Banks Funding Corporation.

“Agricultural finance is such a different beast from the larger finance sector,” Willingham explained. “Given the government’s role in giving charters to private banks in establishing the Farm Credit System, these entities in return have a responsibility to serve the public.”

Though the Farm Credit System announced its intent to create a climate risk policy in 2010, no action on the issue has been visible, according to the report.

Willingham said there are encouraging signs lenders are beginning to see increased attention to climate as part of that public service, as well as an important factor in their own regulatory environment and profitability.

Willingham is encouraged by the Biden Administration’s early focus on climate change and expect legislative activity on related issues to intensify in the coming term. They highlighted a November 2019 speech by Federal Reserve governor Lael Brainard as a signal of a broader effort materializing across government.

“You are going to see a lot of action around addressing climate change with the USDA,” Willingham said. “While the 50-50 Senate provides some legislative challenges, there are a lot of sustainable programs within the USDA and within the Farm Bill that could provide a lot of potential lawmaking through the reconciliation process.”