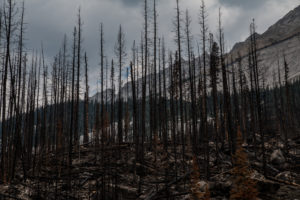 On March 12, two very different types of organizations published data and information on the business risks posed by climate change on forestry and livestock assets.

One of them was forestry asset manager New Forests, which published its inaugural Climate Disclosure Report, revealing the risks and opportunities identified when it applied the framework for climate-risk disclosures recommended by the Task Force for Climate-Related Financial Disclosures.

The second disclosure came in the shape of predictions made by a climate risk tool developed by Coller FAIRR, which generated projections on the risks and opportunities for animal meat companies in a scenario of 2°C of global warming.

FAIRR’s tool is also aligned with the recommendations of the TCFD, which is a voluntary organization that aims to develop consistent climate-related financial risk disclosures for companies to provide information to investors, lenders, insurers and other stakeholders.

While the two sets of disclosures are different in several ways – the asset classes to which they refer being the most obvious – the inspiration behind their revelation is perhaps the most intriguing difference.

New Forests’ climate report was embarked upon and released entirely voluntarily. As the firm’s director of sustainability and communications Mary Kate Bullen told Agri Investor, the asset manager felt it was important to engage with the TFCD and make disclosures.

“We believe the writing is on the wall when it comes to climate risk – investors have to take it seriously,” she said.

While on the other hand, the motivation and sentiment behind the Coller FAIRR animal protein climate risk data was aptly summed up in a statement by FAIRR founder and Coller Capital chief investment officer Jeremey Coller.

The private equity veteran said: “The failure of the meat and dairy sector to proactively plan ahead for climate risk as suggested by the TCFD has left investors no choice but to take matters into their own hands and do the analysis themselves.”

In other words, as the climate risk tool’s pilot scenario analysis projects, beef giants such as Brazil’s JBS and BRF are not voluntarily offering up climate-related financial risk disclosures, which suggest they could lose 30 percent and 40 percent of EBITDA, respectively. The projection is incumbent, among several other factors, on the two firms continuing to choose a climate regressive pathway by failing to invest in alternative proteins and reduce their exposure to beef.

The benefits of voluntarily conducting climate risk analysis, both from a consumer-facing business and GP-perspective, is that it allows firms to take a proactive stance and chart a pathway to improvement, while also showing investors “how their assets contribute to their own climate objectives,” said New Forests’ Bullen.

New Forests’ report sets out climate metrics such as carbon sequestration and storage, and a three-pronged climate action plan that will see it set emissions reduction targets for its business in 2021. It also lays out the development of “science-based targets” for its forestry investment portfolio by 2022.

Cairns concedes that climate change scenario analysis is uncertain and relies on multiple assumptions being made, but believes “it’s a lot better than doing nothing and burying your head in the sand.”

She confirmed that Aberdeen is currently conducting its own climate scenario analysis project across its $669 billion assets under management.

Cairns added that as more firms and businesses engage with the TCFD framework and voluntary dialogue on the subject increases, “the numbers will improve – they can be refined but [this is] absolutely a starting point.”

The key metric advocates will hope to see increase, then, is the number of firms and businesses voluntarily conducting and disclosing their climate risk analysis.