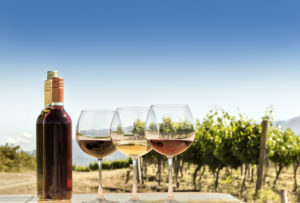 Craigmore Sustainables has hit the NZ$300 million ($206 million; €187 million) hard-cap on its 2016-vintage permanent crops vehicle, which was re-opened to additional capital at the end of 2020.

Craigmore Permanent Crop Partnership had raised NZ$250 million before it was re-opened and had a deadline of April 30 to complete fundraising. The latest set of commitments came from new and existing LPs.

The vehicle is invested across kiwifruit, apple orchards, wine grapes and has secured a site for its next apple orchard development. The firm is also “in discussions with vendors of land well-suited to growing Sauvignon Blanc,” head of acquisitions Paul Burns said in a statement.

“Our phase one developments, completed over the past three years, are now producing their initial harvests of apples and kiwifruit and we are very happy with their progress,” Burns added.

Chairman Nick Tapp told Agri Investor in January that the fund only had “about NZ$20 million left” before it would reach its fundraising ceiling. “Export revenues from New Zealand horticulture – which is nearly all permanent crops – have grown by 7 percent per annum for 20 years. And it’s still going, it hasn’t slowed,” he added.

“The industry in New Zealand is very commercial, so land tends to migrate towards its highest and best use over time, and that is often horticulture. The kiwifruit industry has gone from strength to strength and the wine industry can’t supply enough wine, basically. Demand from North America, particularly, but also demand from Europe, is just not being satisfied. New Zealand can’t grow enough.”

Craigmore raised more than NZ$150 million across all its funds in 2021, which includes separate farming and dairy vehicles.

The firm’s 2021-vintage Totara Forestry Partnership – which has a NZ$300 million target – had a first close last summer and has raised more than NZ$30 million. The vehicle also completed its first forestry asset purchase in 2021, for which details have not been disclosed.