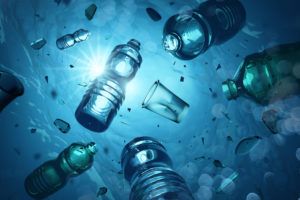 The Ocean Engagement Fund is an impact strategy developed to target Sustainable Development Goal 14, which focuses on life below water.

This is one of the most under-invested SDGs, said Steven Bates, Credit Suisse head of investment products and selection, and the firm anticipates “quite some pickup in private investments in oceans.”

“We advise clients to balance their investments and so we specifically wanted to pick an under-invested area like the ocean, but then create a liquid investment solution, which also has impact so it’s not just a thematic investment,” Bates told Agri Investor.

Credit Suisse chose to partner with Rockefeller because of the firm’s specialist thematic and sustainable investing experience, according to Bates, as well as its track record of stock picking and engagement with corporates.

The duo have devised a framework to map business activities in three areas – pollution prevention, carbon transition and ocean conservation – which will guide any potential investments.

Rockefeller will then select companies based on several metrics including their willingness to engage in constructive dialogue to become more sustainable, the financial health of the business and its growth potential and impact potential.

“We want two things to come out of this – one is positive impacts on the underlying ocean issue, whatever it might be; and secondly, good performance,” explained Bates.

“We are strong believers that successful engagement leads to outperformance so it will be a concentrated portfolio of around 30 to 50 stocks. The aim is to outperform the global equity markets by around 3 percent per year over a full investment cycle.”

Another reason Credit Suisse chose to pursue an ocean strategy is because of its importance to climate change, as “at least 50 percent of the oxygen we breathe comes from the ocean,” Bates said.

“The oceans are equally as important as the rain forests. The oceans also soak up about 25 to 30 percent of all man-made carbon emissions – without the oceans, life would not exist on this planet and the Earth would actually be 30 degrees warmer.”

The fund follows in a line of recent private market developments in the natural asset space, which includes a $132 million close for Mirova’s Althelia Sustainable Ocean Fund in August, and HSBC partnering with climate change advisory and investment firm Pollination Group to create a natural capital asset manager.

Venture Capital firms such as Blue Oceans, which invests in agtech and sustainability-focused businesses concerned with ocean health, have also entered the space in increasing numbers.