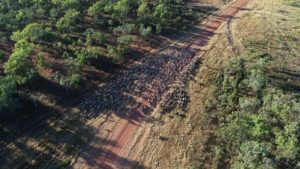 Gunn Agri Partners is preparing to hold a first close in early 2021 on its second fund, a vehicle that will link assets’ sustainability performance to the fund manager’s fees.

The Sydney-headquartered firm launched fundraising for the vehicle, initially called the Sustainable Cropland Transformation Strategy but now known as the Transforming Farmland Strategy, in early 2019. It was targeting between A$250 million ($184 million; €155 million) and A$350 million in capital.

Gunn Agri Partners managing partner Bradley Wheaton told Agri Investor the firm was preparing to hold a first close early next year. The fund will have an investment mandate to own and operate mixed farms where there is scope to transform. He declined to comment on how fundraising was progressing and whether there had been any change to the target.

“We’re working with [potential investors] on the structure of the first close, and we’re developing a pipeline of potential investments in the eastern states and in Western Australia,” he said.

In an unusual move, the firm will then link the sustainability performance of assets to the fees it is paid.

“It will make this offering one of the first for investors in ag to have a firm commitment to achieve an impact on the way in which the farms are developed and operated in the investment mandate,” Wheaton said.

The metrics measured will include carbon sequestration, carbon abatement, levels of biodiversity and input use. Wheaton could not give further details at this stage of how performance in these areas would be linked to fees.

Gunn Agri Partners also announced the unaudited financial results for its first vehicle, the Gunn Agri Cattle Fund, for the year ending 30 June. The fund, which held a final close in April 2018, is now fully deployed and reported EBITDA of A$19.7 million for the year.

The gross asset value of the fund stood at A$225.5 million, up 8.6 percent from a year earlier. Gunn Agri said the fund’s portfolio had seen capital gains of 23 percent since inception.

Cattle sales for the period were up 33 percent, rising to A$23.4 million. Gunn Agri Partners chief executive Alan Hoppe told Agri Investor this had been a result of strong prices and pent-up demand after climatic conditions in Australia’s eastern states improved in early 2020.

“We felt, as many others in the industry did, that when the seasons returned to somewhat closer to normal, there was a pent-up demand [for beef],” he said. “A lot of areas had de-stocked, so there would be this period of above-export parity pricing. We saw the same thing happen in 2017.

“We anticipated that when it rained we would see good prices, so we held extra cattle on and incurred the cost of that in anticipation of that lift. When it arrived, it very much supported our results and we anticipate it will continue to do so for at least another 12 months.”

Hoppe said Gunn Agri had been able to respond swiftly to covid-19 by restricting movement in and out of its remote cattle stations, with minimal impacts in other areas.

“Broadly, what it has meant is that people have not been eating out at steak restaurants – they’ve been staying at home eating rissoles and spaghetti bolognese,” he said. “They’ve been eating the cheaper cuts of meat, which frankly are more the type of meat we produce – if anything, we’re benefiting from that stay-at-home [trend].”

Hoppe added that the emerging trade dispute between Australia and China, which has drawn in the beef sector as well as barley and wine, was a concern. China blacklisted four abattoirs in New South Wales and Queensland in May over what it said were concerns over labelling and health certificate requirements.

“China now buys around 25 percent of Australia’s beef so any potential trade dispute with a major customer is very concerning. We watch that one with interest,” he said. “If a major customer falls out [of the supply chain], it has to have major implications for everybody.”

Launched in late 2015, the Gunn Agri Cattle Fund targets an IRR of 10-13 percent through yield and capital growth. Its LP base comprises pension funds, endowments and sophisticated private investors, including high-net-worth individuals. Investors came primarily from Europe and North America, with some commitments also originating from Asia and Australia.