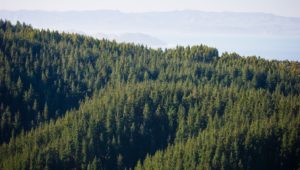 Hancock expects to re-open its open-ended timber and farmland vehicle to new capital this year after keeping it closed to new investors in 2018, regulatory filings and pension fund documents show.

According to a regulatory filing shown last month, the $706.2 million held within Hancock Timberland and Farmland Fund (HTFF) has remained consistent since February 2018. Capital had been raised from 37 investors.

HTFF invests in commercial farmland and timberland within and outside the United States through subsidiaries, Hancock vice-president Tim Cayen wrote in an April filing.  The fund had its initial closing and admitted its first investors on January 31, 2018, Cayen added.

Cayen told a June meeting of the Police Retirement System of St Louis’ Board of Trustees that Hancock expects to re-open the HTFF to new investors in 2019, according to meeting minutes.

Hancock portfolio managers Eric Dooley and Matt Griffin provided a review the HTFF’s performance at a December meeting of the Retirement Board of the $1.3 billion City of Cambridge Retirement System – which committed $15 million to the HTFF and is an investor in another of the firm’s timberland vehicles.

According to meeting minutes, the HTFF had drawn $5.2 million to date to support 2018 purchases of two timberland properties in the US South, apple orchards and related processing facilities in Washington State and 16 row crop properties in Arkansas, Illinois and Nebraska.

Dooley and Griffin described Hancock’s typical approach to row crop investments as a buy-and-lease strategy focused on properties of between 200 and 5,000 acres. They said a typical lease had a one to three-year duration, with farmers responsible for growing crops, carrying insurance and managing employees.

Hancock directly manages its permanent crop investments, according to Dooley and Griffin, who added these investments are predominately located in areas where this is little demand to convert farmland to higher and better use.

“Griffin stated that he remains concerned about the effect of tariffs and noted that soybean exports to China have all but stopped over the past year, and he hoped a quick resolution would limit loses,” the minutes’ authors wrote.

In a market commentary published on its website this week, Hancock analyzed recent NCREIF returns and described its 2019 farmland return expectations as “guardedly modest” due to a high commodity production, a strong US dollar and ongoing tariffs on US ag exports by major trading partners.

“The trend towards higher inventories and lower prices is expected to continue as the US experienced a stronger crop year than initially expected,” the report’s authors wrote.