The International Finance Corporation is considering a $120 million loan to Singapore-listed agribusiness Olam International to promote sustainable agricultural value chains in Sub-Saharan Africa, East Asia and the Pacific, according to an internal disclosure.

Information added to the World Bank affiliate’s website last week reveals that the Olam Smallholder Crop Financing program is being considered for an unsecured corporate loan that will finance the purchase of specific crops from countries participating in the World Bank’s International Development Assistance scheme.

The disclosure said the IFC has designed the project to provide reliable access to markets to more than 40,000 smallholder farmers, many of which have little or no connection to local financial systems.

The Japanese International Cooperation Agency will provide an additional $80 million loan to the program, according to the IFC.

The project is scheduled to be presented to the IFC’s board on June 6. A source familiar with the process highlighted to Agri Investor that IFC’s fiscal year ends June 30 and that the DFI typically tries to close projects by the end of the year.

If approved, the $120 million IFC facility would mark a continuation of financings and partnerships attempting to leverage Olam’s expansive agricultural supply chain.

In March, a 15-bank consortium extended a $500 million loan to Olam for which interest rates are to be partially determined by progress towards ESG targets provided by corporate governance research and ratings provider Sustainalytics. Backed by lenders based in both Europe and Asia, the facility was billed as “Asia’s first sustainability-linked club loan.”

Expanding Olam’s agricultural supply chains in five different countries was the focus of a credit facility offered by the European Bank for Reconstruction and Development in October. Initially proposed as a $125 million loan, the EBRD in January increased its support to Olam for the project to $150 million.

The IFC has worked with Olam twice before. In 2016, it provided a $175 million facility that was used to improve processing facilities in Nigeria and India. A previous $120 million IFC loan was extended to Olam in 2013 to support improvements to the same facilities. That loan was repaid in 2015, according to the IFC.

Singapore-headquartered Olam was established in 1989 and supplies a wide variety of agricultural goods to 22,000 customers through 18 platforms operating across 70 countries. Listed on the Singaporean Stock exchange since 2005, it counts Singaporean sovereign wealth fund Temasek as a majority owner. Mitsubishi Corporation of Japan also holds a 17 percent stake.

Last week, Olam announced it would acquire Inversiones Andinas, a Peruvian company engaged in the origination, processing, packaging and marketing of quinoa and chia, for $3.5 million.

The firm had not responded to requests for comment at the time of publication. 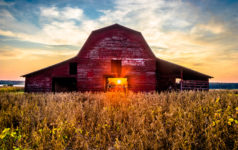