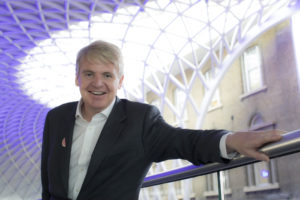 “In 10 years’ time there won’t be any large dairy herds left around the world,” says Jim Mellon, executive director of Agronomics.

Mellon is speaking to Agri Investor via video from his base in the UK, where he runs the UK-listed Agronomics fund. The firm is focused on investments in cultivated meat, cellular agriculture and precision fermentation – and it’s clear that Mellon thinks some traditional farming sectors are particularly vulnerable to technology-based disruption, with dairy at the top of the list.

“My view is that it’s basically an industry you need to get out of,” he says. “It’s important to note that a lot of traditional food producers are investing in this sector. JBS has bought some IP in the US recently, and others are strategically investing in a variety of companies across the cellular ag and precision fermentation space. They’re not just sitting back and waiting to be destroyed.”

This view is backed up by Agronomics co-founder Anthony Chow, who is also on the call. He says: “The problem for dairy producers is that it’s already a fairly marginal business, so it doesn’t take much disruption to tip them over the edge.

“It’s going to happen quickly – it’s an S-curve, so it will start very slowly, and then boom. This will just be adopted broadly by all users, as long as the price comes down to be competitive.”

Agri Investor is speaking to the Agronomics team not long after the fund led the Series A financing round with a A$15 million ($9.4 million; €9.6 million) investment for All G Foods, a precision fermentation company based in Sydney that is creating dairy products and dairy proteins. It also owns a plant-based meat business called Love BUDS. All G Foods’ other investors include W23, the venture capital fund of Australian retailer Woolworths Group, and the Clean Energy Finance Corporation.

Chow says that Agronomics is focused on cellular agriculture instead of plant-based alternative proteins for a reason: “It’s pretty clear to us that the US consumer has spoken on plant-based products, as they’ve stalled on just below 1 percent market share. So we made the decision long ago to avoid those and I think that’s turned out to be prescient.”

Mellon fleshes this out further, saying that the team doesn’t think that plant-based food can truly recreate the taste and texture of regular foods, particularly meat.

“Even though they do quite a good job of imitation, they are processed foods – and most importantly they have very little IP protection. Our background is in biotech, so we’re very keen on IP to provide an economic moat, at least in the beginning, for the companies we’re investing in,” he says.

Agronomics has become “very bullish” on precision fermentation, as the regulatory pathways to approval have become more clear in recent years, he says.

“You can now produce reasonably-priced food that’s competitive with conventional agriculture at an industrial scale using these microbes,” Chow adds.

Mellon says that the potential is “absolutely there” for the sector because it could be possible to produce food that “doesn’t pollute the environment, uses much less energy, uses much less land; uses a fraction of the water compared to conventionally-farmed food.”

“It may take time for it to become cheaper than conventionally farmed food but we believe that the tipping point is not as far away as some people might think. So we’re very keen on cellular agriculture and we’re even keener in some ways on precision fermentation, because unlike in cellular ag, where scale has not been proved and it’s yet to be seen if you can produce a 500,000 liter batches of cells, the scale has been proved and products are already on the market.

“The problem is there’s just not enough capacity to make what consumers want and there won’t be enough for a decade, or maybe more.”

That’s where Liberation Labs, another of Agronomics’ investments, comes into play – it is a precision fermentation contract manufacturer, helping to close that capacity gap.

So what is next for Agronomics as it continues to build out its investments in these nascent, non-traditional farming sectors?

“We already have a European leader in the production of dairy proteins, called Formo, and that is on a very aggressive growth trajectory,” Chow says, emphasizing that it has different patents to All G Foods and other portfolio companies, such that they will not necessarily go directly head-to-head. Formo’s patents, for example, enable it to produce proteins that are more useful when it comes to making cheese.

Mellon says that one option being seriously explored by Agronomics is the launch of an Australia-based fund for investing in this sector.

“We’re talking to Bell Potter about doing an Australian vehicle. It’s no secret that we’re interested, and Australian investors are very interested in the sector. We would love to do something in Australia and had a good reception when we were down there [recently] – the chances are we will do something there before the end of the year,” he says.

“Australia has a strong agricultural sector that is seeking to diversify, and an increasingly strong environmental lobby that was reflected in recent election results. Plus, the fact is there is lots of money in Australia through all the superannuation schemes and high personal savings, so there’s plenty of investable cash in Australia looking for a home.”

Mellon ends our conversation by saying “watch this space” on the new fund front – but it’s clear that he, Chow and the Agronomics team are confident they are on the right side of disruption in the ag space, and have a distinct vision of what the meat and dairy sections of our supermarkets will look like in the not-too-distant future.