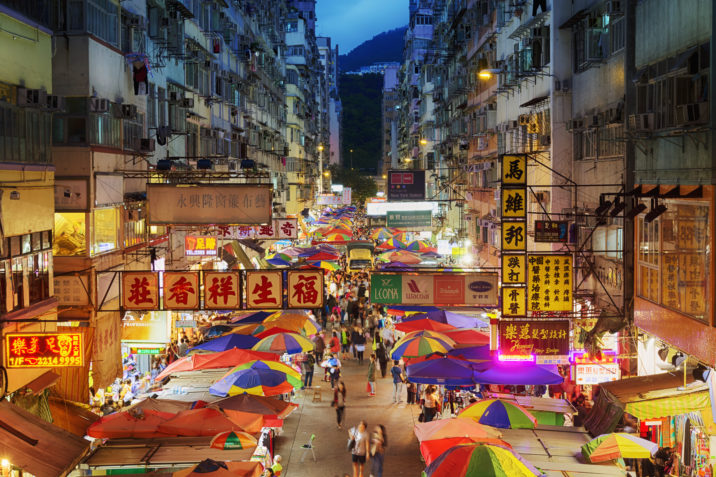 When managing director Tai Lin joined what is now Proterra Asia in 2007, the business was still part of global food giant Cargill. He was just the third employee at the private equity group that would later become Black River and then Proterra Investment Partners, which had around $17 million in capital available to invest in the Asia-Pacific region.

Fast-forward to today and the Asian arm of Proterra Investment Partners, based primarily in Singapore and Shanghai, is one of the biggest private equity firms investing in food and agribusiness across APAC.

The firm has around $1.6 billion in assets under management (around 45 percent of Proterra’s global AUM of $3.7 billion) through its three pooled Food Funds and other commitments, investing in around 25 companies that together generate more than $10 billion in revenue each year, employing more than 20,000 people across 200 farms, factories, production facilities and offices.

“Asia happens to be our largest portion of AUM globally at Proterra,” Lin told Agri Investor.

“A lot of people don’t realize how big a contribution the food sector makes in Asian countries. If you look at every country across Asia and their GDPs, 40 percent or more is made up of private consumption. And if you look at the Consumer Price Index basket, food is almost always the largest portion.

“We’d argue that unless you have direct exposure to food in Asia, you’re not directly exposed to the Asian consumer.”

Keeping up with change

Lin argued that Proterra Asia’s strategy is unique, both for the scale of its focus on Asia’s food sector but also because it endeavors to always take controlling stakes, or at least to be the largest investor, in the assets in which it invests.

“We also think we can add a lot of value beyond just bringing money. We did not have this portfolio footprint 12 years ago, when we had just got started. Now, we can immediately think of synergies [across the portfolio], whether it is a supplier-customer channel, technology, management teams, or partners. That has become really powerful – we can leverage the networks that we have built over the past decade, and we can be more effective implementing those when we are in an ‘impact’ position.

“Many of the geographies we target are really big markets, but they are also often less developed markets compared with the US, Europe or Australia. So, in order for us to mitigate risk on the ground, we like the idea of owning the majority, or to be the biggest investor, and to have our own team members on the boards of those companies,” he said.

The firm targets “big markets with high growth,” he explained, which inevitably means greater China, South-East Asia and the Indian subcontinent are its main areas of focus.

“Greater China and the larger countries in South-East Asia will continue to be the main consumers and the main providers of incremental growth consumption not just in Asia, but the whole world. At the same time, you see consumer behavior changing so fast that the whole supply chain needs to adapt, which we see as an opportunity.”

By way of example, Lin pointed to consumption trends around milk in China. Around a decade ago, the main opportunity was in UHT milk, before fresh milk swiftly overtook it as a higher-growth commodity.

Consumer tastes have shifted again such that plant-based milk is the current “super-high-growth sector,” he said. This is reflected in the firm’s most recent investment into a still-unnamed, newly established oat milk production company based in Singapore and Indonesia, announced last week, that Proterra Asia hopes can compete with market leader Oatly (recently floated on the New York Stock Exchange) to grab market share in Asia.

The firm’s fund mandates also include the ability to invest in companies that sell product into Asian countries, which Lin said could include places like Australia and New Zealand where it does not currently invest – countries that Proterra’s separate farmland investments team have deployed capital into with success.

Proterra Asia is in the process of raising its third Food Fund, which will focus primarily on investments in the Asia-Pacific, seeking between $700 million and $800 million. The firm had secured $35.7 million according to its most recent filing with the US Securities and Exchange Commission in September 2020. Proterra Asia and Tai Lin were unable to comment on the raise due to SEC restrictions.

Food Fund III follows on from Food Fund II, which closed in 2015 on $700 million, the first fund Proterra raised after spinning out from Black River Asset Management, a wholly owned, independently managed subsidiary of Cargill. The first Food Fund closed on $455 million in 2011.

“Given everything that’s happened over the last four years, there is somewhat of an anti-China and anti-Asian sentiment we can feel out of the US,” he said then. Most of the firm’s capital for its first two funds came from US pension funds and endowments, and the firm is making a conscious effort to expand its LP base now. Lin told Agri Investor in 2020 that it was particularly looking at European LPs, as US investors were somewhat reluctant to commit to strategies focused on Asia.

“Some groups are either risk averse or they actually have informal, and sometimes formal, mandates to reduce their allocations to Asia. We’re seeing a little bit of a capital vacuum that was left behind by some of the more hesitant US investors.”

But, according to Lin, this hasn’t changed, with the firm partnering with Fidante Partners, a subsidiary of the Australian Securities Exchange-listed Challenger Limited Group, to attract European investors, while also increasingly trying to attract capital from Asian institutions and family offices.

“Our theme resonates with many people – food is something that is close to each of us personally and there is really nobody in the world, whether you work in finance or not, that is not interested in food. Because food as an investment asset class hasn’t been readily available for people to access, it generally spurs interest.

“Even if there is an institution that doesn’t currently have a mandate to allocate to food in Asia, there is usually an intellectual curiosity among the people working at that institution. Food is very simple to understand, as is the growth of the Asian consumer, so when you couple those two together, that is [attractive].”

The firm currently has no investors from Australia in its funds, having never really engaged with Australian LPs since it launched its Food Fund series. Australia’s superannuation sector would be an “interesting area” to explore, Lin said, but that the firm “hasn’t really thought through” what that engagement would look like.

When asked where Proterra Asia is likely to be in five years’ time, Lin answered that he intends for the firm to “work towards continuing to be the leading fund manager in the food and agribusiness sector,” arguing that it is already in that position, in Asia at least.

“Those sectors have 10 times the amount of institutional capital, which is probably equal or beyond the amount of GDP [they account for]. Therefore, I’d argue there is very big growth to be had in this asset class.

“Given the growth in the sector and in Asian food opportunities in particular, I truly believe we can build out that position. If you look from the funds management perspective, 10-20 percent of GDP in Asia-Pacific is probably in food and agribusiness, whereas the institutional capital formed around this sector probably accounts for less than 1 percent [of allocations], which is very different from infrastructure or energy,” he said.

The biggest challenge for the firm will be managing growth because of the scale and spread of the opportunities that are presenting themselves, meaning that Proterra Asia will have to be picky.

“We’re coming out of an unstable 12 months that turned out to be positive for us,” Lin said. “But nothing is done yet.

“I would encourage investors not to look at food and agribusiness as one sector. There are too many interesting opportunities in certain subsectors and geographies, and we are going after them.”