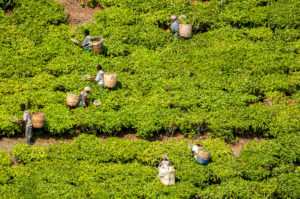 Norfund expects agribusiness to account for the majority of its $100 million in annual scalable enterprise investments in Africa, following a decision to move away from primary agricultural production.

The NKr20.4 billion ($2.4 billion; €1.9 billion) Norwegian government organization made its first investments into primary African ag roughly 20 years ago, during a period of optimism related to rising commodity prices and the perceived success of the ‘Green Revolution’ on the continent, vice-president Andreas Davidsen told Agri Investor.

However, in addition to natural risks such as floods, droughts and insects, Norfund’s large-scale ag development investments faced hurdles presented by government policy and disputes about price, Davidsen explained. Norfund has encountered similar challenges in production ag projects designed to support local consumption and others focused more on supplying export markets, he added.

“For the past 10-15 years, investing in primary agribusiness, particularly in Africa, has been quite a difficult challenge,” Davidsen said. “There are very few, at least foreign, investors who have succeeded.

“We are not abandoning the African agri space, we are just changing the way we invest in that space. After a few difficult investments, we have decided to do less of the direct farming investments and focus more on the agribusiness value chain.”

Given Norfund’s mandate to support job creation in developing countries and the farming sector’s role as the largest source of employment in Africa, agriculture became a natural focus area. Roughly 84 percent of the organization’s scalable enterprise investments are on the continent. Among other products, its primary ag investments had focused on production of beef, sugar, roses.

Norfund invested into Tanzanian rice producer Agrica in 2010 and eventually held a 25 percent stake in the business. The company managed a property in the Kilombero Valley that had previously been the focus of cooperation between the governments of Tanzania and North Korea, and Norfund’s investment supported plans for an expansion intended to help significantly increase production.

“It always looks a bit more promising when you look forward – that if you just cross the next hurdle, then things will turn around,” said Davidsen. “But often, you find out when you get across that hurdle that there is another one, and another one. It’s difficult to know when to pull the plug and stop throwing good money after bad.”

Norfund exited its investment in Agrica in 2019 at a total loss of NKr146 million after almost 10 years of challenges and disappointing progress.

Norfund’s status as a long-term investor means its capital remains well-suited to primary agriculture, said Davidsen, but the Agrica experience helped demonstrate that the organization did not have the internal farming expertise necessary to understand that the specific area of Tanzania it was focused on was unlikely to ever reach its ambitious yield targets.

“We probably could have done a better job at the outset of identifying the projects that were most likely to succeed,” he said. “It’s always in hindsight a lot easier to identify where the risks lay and what we should have thought about.”

Davidsen said Norfund’s future ag-related investments are likely to focus on medium-sized businesses in sectors including fertilizers, seeds, logistics and cold chain infrastructure as well as storage and processing in west and east Africa.

When it does look to participate in direct farming investments in the future, he said, it will likely be through funds, platforms or a permanent capital vehicle. He added that Norfund would be very reluctant to partner with a firm that did not have a primary focus on farming competence and management on the ground.

Although Norfund’s approach to the sector is changing in response to challenging experiences, Davidsen said, African agriculture itself continues to have a promising future.

“Who knows if the next 10 years will be the boom years?” Davidsen asked. “There is certain to come a significant rise, but hard to know when.”