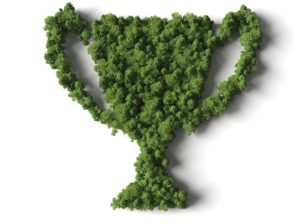 This week saw the announcement of the winners of Agri Investor’s inaugural annual awards.

From Global Fund Manager of the Year to the Asia-Pacific Institutional Investor of the Year, we have awarded the standout performers from 2021, as voted for by the industry.

Our awards are divided regionally into the Americas, Asia-Pacific, Europe and Global categories across 31 individual awards – the 31st award being the Personality of the Year award, which was scooped by Laguna Bay founder and managing director Tim McGavin, who pipped Equilibrium chairman and CEO Dave Chen to the award.

We received a great response to our call for nominations from across the industry as managers, investors, agtech start-ups and dealmakers got in touch to tell us all about standout deals, fundraisings and the innovations they felt separated them from the crowd. And for that, we say a huge thank you to everyone who took the time to enter.

It was our privilege to carefully sift through the nominations and arrive at the respective shortlists across the 31 categories. And when it came time to ask the industry to vote on who should take home each award, we received another great response as hundreds of you took the time to vote for the winners.

The result of this months-long process is a definitive list of star performers from last year, at the top of which must surely sit PSP Investments due primarily to the Canadian pension’s awards haul – it walked away with five awards (more than anyone else) across multiple regions, including Global Institutional Investor of the Year. On recent form, PSP is surely a shoo-in for more awards in 2022.

Finally, it’d be hard to ignore the strong representation Australian deals and firms have among the winners of the global categories – a clear sign of the high regard in which the country’s farmland, timberland and agribusiness sectors are held, drawing sizable fundraisings, acquisitions and M&A activity.

We will look to expand the awards for the 2022 instalment, as we seek to find ways of capturing all the great innovative work taking place across the asset class.

Thanks again for all your entries – we hope you’ll enter again this year – and congratulations to our winners!