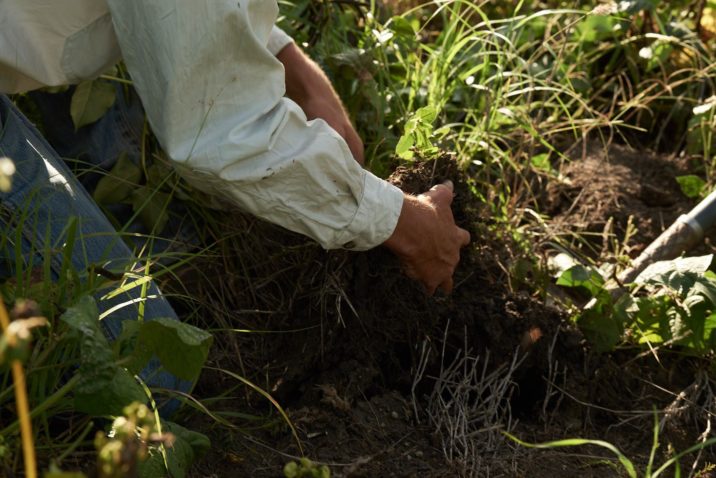 “There are plenty of cattle companies that haven’t ever been able to deliver a return because they’re playing the highs and lows – [our approach] delivers a long-term income opportunity, and we’re committed [to the belief] that we will be able to list this in years to come and provide liquidity to investors.

“In time, every mum and dad should be able to buy cattle land in Australia without having to run it.”

That is the promise that Packhorse has made after launching with a bang last month. For its first open-ended fund, the firm is aiming to raise an initial A$300 million ($230 million; €190 million), comprising around A$230 million in equity and A$70 million in debt, with ambitions to raise as much as A$1.5 billion over the next five years.

The initial raise will cover the purchase of the fund’s first property, the 8,360 ha aggregation Stuart’s Creek in Queensland, as well as provide dry powder to go after further acquisitions. After that, Packhorse intends to deploy its initial raise by April 2023 before fully deploying A$300 million-A$500 million in total by mid-2025.

The final stage would see it deploy up to A$1.5 billion by mid-2027, creating a portfolio of around 2 million ha and building its own company-owned cattle herd. It ultimately wants to be in the top 25 percent of cattle producers in Australia, with the fund targeting an IRR of 8-10 percent per year.

‘We need to do this’

One of the most eye-catching elements of its plan, aside from the A$1.5 billion figure that would place it among the largest single funds ever raised for agriculture investment, is the fact that the firm is aiming to raise most, if not all, of its capital from Australian investors.

“This is Australian land for Australians,” Samway said. “Some of our competitors have fairly substantial overseas investors, which means everything they do runs through the Foreign Investment Review Board – whether that is an impediment or not, we think it’s an opportunity [not to have to deal with FIRB].”

When asked if it is overly ambitious to try and meet the fundraising goal without looking overseas, Samway replies: “With the right marketing and the right story, I’m not sure about that.

“We’ve had interest from overseas and we’ve said: ‘Thanks, but not at the moment’”
Tim Samway

“Clearly, the longer term will require some bigger institutional investors to come in with larger amounts. We don’t expect to raise it all from family offices and high-net-worth individuals – but we’ve had interest already from some large superfunds, especially those with defined benefit plans where their liabilities are extremely long term.”

And if they don’t come to the table as hoped?

“We’ve had interest from overseas and we’ve said: ‘Thanks, but not at the moment,’” Samway said.

“But we need to do this, and if we were not to get it from Australian investors I’m afraid we probably would open the door to international [investors] – but not in this round.”

The ‘need’ that Samway refers to is that of repairing Australia’s soils and regenerating its farmland, both to improve environmental outcomes and increase production efficiency. This forms a central part of Packhorse’s business plan and investment thesis.

“We will buy properties with a very specific brief around having the right level of rainfall and quality, so we can deliver yield while contributing to the long-term improvement of the soils, grasses and biodiversity,” he said.

Packhorse’s business plan will see it sign three-to-five-year offtake agreements with cattle producers that will be structured to provide cost certainty for those offtakers while allowing investors to share in the upside. Crucially, Packhorse will retain the right to rotate cattle on and off, not just set stocking as often happens under agistment, allowing it more control over maintaining soil quality.

The firm says it will “vigorously” employ regenerative agriculture practices, with a separate plan for each property and aggregation it acquires. Improving soil carbon levels will be a major goal. Packhorse has signed a memorandum of understanding with Carbon Link, an independent provider of soil carbon measurement and management services, to monitor progress.

The Packhorse team believes doing this will, of course, appeal to ESG-conscious investors, as well as improve outcomes on the farm. But it also sees a high likelihood for a potential financial upside in the form of carbon credits at an undetermined point in future, though it does not include those numbers in its projected financial returns.

“The technologies we’re using are all being developed, and we won’t know how much of the land on each of the properties can be used to accrue soil carbon immediately, so there’s a lot of uncertainty,” Samway said. “The reality is, though, that we would do this just for the upside in carrying capacity and the repair of Australian soils, even if we weren’t paid for it. But there is a very high probability that we will be paid quite handsomely for it.

“The US government is using around $100 per tonne for its numbers. Were it to get to those kinds of numbers [in Australia], you’d get the purchase price of the property back in carbon credit unit sales over 25 years. That’s the size of this – it [could be] accretive by 4 percent per annum.

“We’re not assuming any of that, though. Carbon credits are around A$18.50 now. But everything tells me the world will leave it too late and emitters are going to be forced to turn up and apply for offsets, because the longer it takes for them to [act] is just another year where they emit what they currently are with no change, and we inch closer to 2 degrees [of warming], not 1.5 degrees. Then it will all get pretty urgent.”

This is also just assuming the use of the Australian carbon credit market, Samway added, and doesn’t include the potential for private off-market transactions as have already started to happen in Australia.

Packhorse’s A$1.5 billion fundraising target is “aspirational,” Samway says, but with support from Australia’s larger institutional investors, he insists it is “do-able.”

“My experience at Hyperion was: if you’ve got a good product at the right price, people will invest in it,” he said.

“You’ll achieve everything you need by getting in the right type of money, and not too much of it, and getting good investment returns that actually compounds your assets under management over time. If we do the right thing here we might not need inflows of A$1.5 billion – we might be able to stop short of that and deliver it in investment performance.”

Samway is confident when assessing the firm’s prospects in what has been a red-hot market for Australian farmland in the last few years, with tailwinds from the covid-19 pandemic drawing more interest to the asset class than ever before.

“It’s not voodoo,” he said. “There aren’t many farmers left [who don’t believe in rotational grazing], so I don’t think we have to fight that as much anymore. But what has also changed is the acceptance that a funds management model can achieve this – a lot of the big cattle properties have been owned by families, and a regenerative cattle pure-play is not something that has been widely available to the investing public.”

As well as the obvious potential to generate returns for its investors, it’s clear that Samway sees a chance to leave a legacy with Packhorse.

“The question is: can we make this change at scale? If we can do it on a couple of million hectares, it does make a huge difference to the soil and the climate,” he said.

“Just before you shuffle off this mortal coil, if you’ve done this on a few million hectares, you’ve made a substantial change to the future of Australia.”