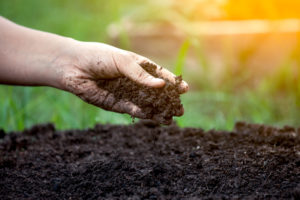 Fundraising and new fund launch activity have been strong across the agri asset class over the last several weeks, as the likes of Anterra closed its second agtech fund on more than $260 million, while the Cibus Funds embarked on a two-pronged fund launch that will target more than $700 million.

The most intriguing piece of fund launch activity, however, came from the triumvirate of AXA, Unilever and Tikehau Capital, which signed a memorandum of understanding to launch a €1 billion impact fund that will focus on regenerative agriculture.

This is a noteworthy development for numerous reasons. For a start, this is likely to be the first private markets vehicle that has been specifically branded in this way. And with a target of €1 billion, it is certainly one of the largest farmland funds of any description to hit the market in recent years.

Since the sequestration of carbon in farmland soils through regenerative farming became a buzzy and ever-present talking point in the ag space roughly 24-months ago, a lot of the talk has been centered around the end result of regenerative farming. That is, pulling higher levels of carbon out of the atmosphere for environmental gain, which comes with the bonus of carbon credits that can be traded in voluntary markets for a completely new source of revenue.

To that end, an ecosystem of end-to-end facilitators such as CIBO, Indigo Ag, Nori and many others have emerged, while numerous GPs and LPs have made moves to tap the emerging and multifaceted natural capital investment space under which regenerative farming falls.

And that’s where this impact vehicle – which will link 50 percent of Tikehau Capital’s carry to the fulfillment of impact targets – is a little different, at least in terms of its aspirations. Through its very pointed branding as a regenerative ag vehicle that has a mandate to go after the enabling process in geographies including the US, LatAm, Europe, Australia and Southeast Asia, it’s the type of picks-and-shovels play that has to become more prevalent if this style of farming is going to be scaled.

After all, there is only so much that the Woody Harrelson-narrated documentary Kiss the Ground and the stuttering 2017 French Agricultural Ministry initiative ‘4 per 1000’ – both of which advocate the switch to regenerative – can achieve without fresh equity being funneled into farming to respond to the call to arms to support the transition process.

The vehicle has a mandate to provide equity to farms making the transition, it will invest in agtech that enables the process and will invest in ‘alternative consumption,’ which includes areas such as vertical farming and alternative proteins, which will supplement the fund’s core goal of regenerating and relieving the stress on natural soils.

With an IRR target of 15 to 20 percent, which comfortably eclipses the high-single-digit to low-double-digit returns widely offered across farmland investments, the first-time fund could very well have a chance of hitting its €1 billion target, which has been seeded with €300 million by AXA, Unilever and Tikehau Capital.

If regenerative farming really is to be scaled globally and play a significant role in the carbon-removal journey, similar dedicated vehicles will have to come to the fore.