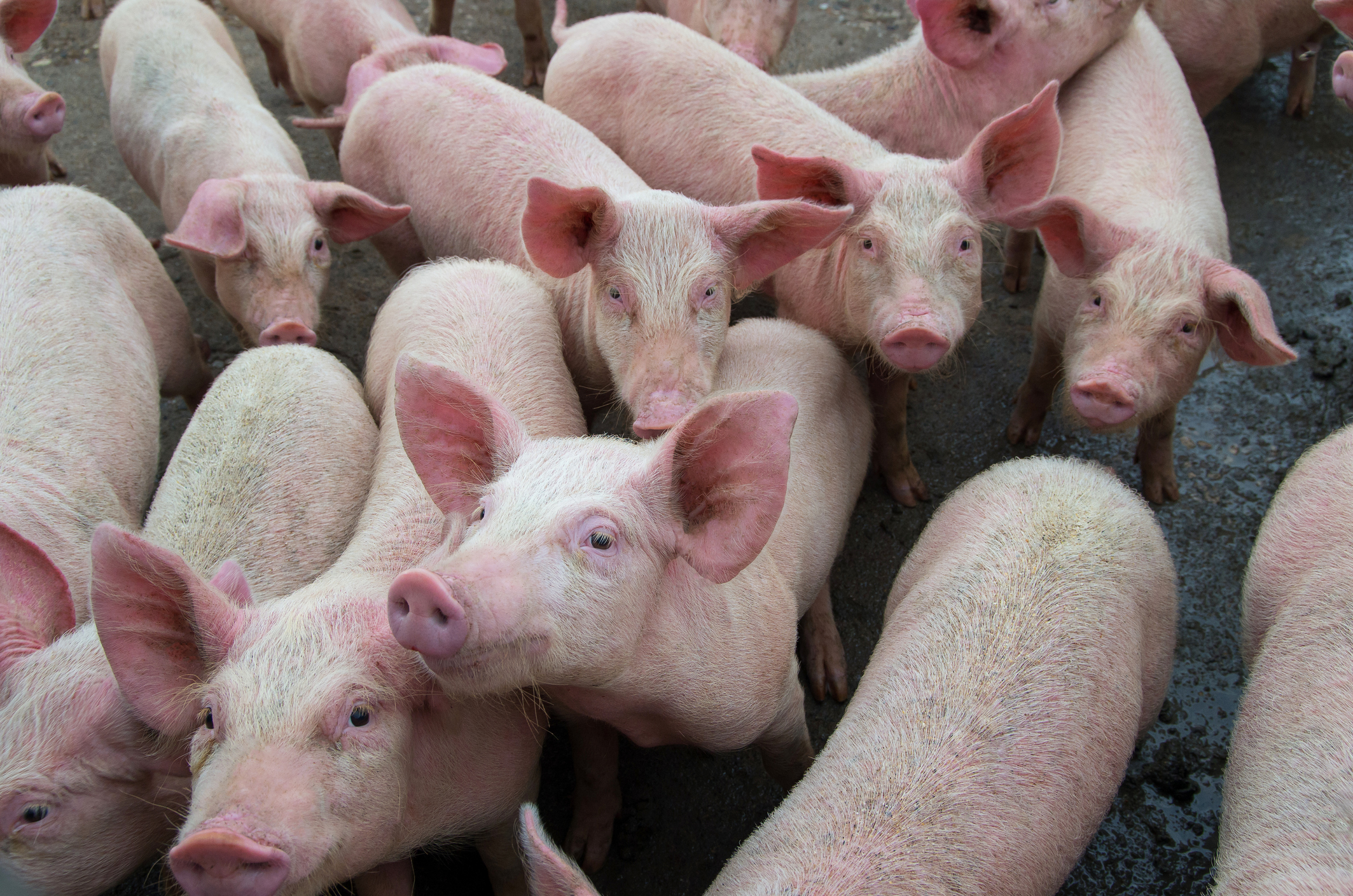 When severe drought followed a period of frenzied expansion of agricultural land in the US Great Plains during the 1930s, it led to the loss of topsoil across the region, resulting in powerful sandstorms that infamously resulted in the area being labelled a Dust Bowl.

The Dust Bowl period lasted roughly from 1930 to 1936, rendering millions of acres of farmland useless and resulting in mass migrations and the development of conservation practices, the influence of which unfolded over decades.

Though markets have been somewhat slow to recognize the full significance of African swine fever (ASF), a managing director at Cargill spin-out Proterra Investment Partners says its spread in China could be the most significant development in global food and agriculture since the Dust Bowl, and is likely to shape global protein trade flows for years to come.

Speaking to Agri Investor in separate conversations in late August and late September, managing partner Rich Gammill describes how Proterra’s pork-focused joint venture in China has been impacted by ASF, steps the firm has taken to contain its spread, and his thoughts on the long-term implications of the epidemic, which may end up killing more pigs in China than there are pigs in the rest of the world.

“In general, protein is going to get more expensive for everyone, especially in China,” Gammill notes. “There are some things that can get done on poultry to help, but in the end, China is just going to have to eat less meat.”

In 2013, Proterra partnered with Minnesota-headquartered Pipestone System, one of the largest sow-farm managers in the US, to establish Riverstone Farms, a vertically integrated hog farming platform in China. Through construction of three sow farms that breed and produce baby pigs and a network of finishing farms for raising them to slaughter weight (all in the northern Chinese province of Shandong) Riverstone established itself among sow managers of meaningful size within the country.

Prior to the arrival of ASF, Riverstone’s  success had been demonstrated in part by improvements in its farms’ readings for pigs per sow per year (PSY), a standard measurement of productivity that eventually surpassed the average farm in the US. Whereas the average PSY in China tends to be in the teens, Riverstone’s China farms had reached into approximately the mid-20s levels that are in line with high-quality modern farms in the US.

“In general, protein is going to get more expensive for everyone, especially in China. There are some things that can get done on poultry to help, but in the end, China is just going to have to eat less meat.”
Rich Gammill, Proterra

“It’s not just that there is value in productivity, but there is also a potential premium when people will prefer to buy our pigs knowing they were raised appropriately and ethically, with high-quality feed and that meat is going to be safe,” Gammill explains.

After starting in Africa, ASF was transmitted by feral pigs into Europe before eventually reaching Russia, from where it entered China’s northern regions late last year, Gammill says. Whereas the disease had already been present for several years in Russia, where producers had adjusted to its presence, Chinese farmers had never seen ASF and their initial response was slow.

“It’s a particularly nasty disease in that you don’t see clinical signs of right away,” explains Gammill. “By the time you see your pigs getting sick, it’s too late, they’ve had it for a while. Any time you get it, it’s pretty much consistent that every pig will get it and die.”

Reporting about the spread of the virus in China was initially limited, Gammill recalls, exacerbating the effects of slow responses from both provincial and central governments, whose lack of awareness of the severity of the disease allowed ASF to move from the country’s north into farms in its central regions.

“By the time they started to put in more drastic measures – like not even allowing the movement of pigs from province to province and trying to do quarantine protocols – it was already too late, it had already spread everywhere,” says Gammill.

Part of what facilitated ASF’s rapid spread, he explains, is that most farms in China are built with bricks, providing significant surface area for the spread of the bacteria, and also feature open sides that failed to limit airborne dissemination. Riverstone’s farms were built with sheet metal walls that can be sealed and disinfected easily, even before the introduction of ASF.

Despite this, Riverstone contracted ASF at some, but not all, of its farms. “Not all of our pigs died – some did, but not all of them,” says Gammill. “Our newest, most modern farm was the one that didn’t get it. It had the most advanced protocols already in place.”

In addition to its existing biosecurity protocols, Riverstone undertook a series of rapid response steps designed to keep ASF from infecting all of its properties.

Following what had become standard practice among Chinese farmers, the company began to heat its feed off-site to kill any bacteria before feeding it to its pigs. The firm also prohibited food from being cooked at the farms and kept trucks from coming directly onto them to make deliveries.

The price effects of ASF were delayed by a combination of how the government and Chinese producers responded to the outbreak, believes Gammill. Individual producers unwilling to liquidate their sows likely sent underweight infected pigs for slaughter, he says, while fears that frozen pork in a government-held strategic reserve were tainted inspired it to liquidate and replace those supplies.

“Even though everyone was saying ‘This is a huge disaster’, the price wasn’t showing that. There was ample supply of pigs moving through the system, because everybody was culling not just their slaughter-weight pigs, but their sows. The actual supply of pork was not in decline, if anything, there was actually an oversupply for a while.”

“There’s just not enough pork to solve it”

The fact that ASF infected China’s sow farms is part of what has made its impact particularly devastating, Gammill says, because the long lead time for rebuilding breeding stock limits the effectiveness of any rapid response measures the country may take.

“You have to get new mothers, grow them up to be breeding age, breed them, and then have them have a litter of pigs grow to slaughter weight,” he says. “The question is: what is it going to look like when you have lost half of your sow herd and half of the pigs in China are dead – now what? The ‘now what?’ hasn’t really been experienced yet, we’re still at the front end of that.”

According to Gammill, China has historically imported about one to two million tons of pork a year and, given Rabobank’s estimate that China is short 15 million tons of pork (which could be a conservative forecast), it will not be possible to meet pork demand entirely with imports.

“China, if it’s really taking all the excess supply that is out there, maybe they can import as high as four or five million tons if they are doing very well – that’s about it. They are 15 to 20 million tons short. There’s just not enough pork to solve it.”

Given beef’s high prices and the biological security challenges related to a further expansion of already significant aquaculture production inside China, Gammill believes poultry is best positioned among protein categories to respond to ASF-related demand, and adds that the government has already loosened restrictions on the import of chicken genetics as part of its reaction to the epidemic.

Proterra also has investments in China similar to Riverstone that are focused on duck and eggs, both of which have been doing “exceedingly well” in the aftermath of ASF, according to Gammill. He adds that while it has been challenging emotionally to deal with the level of death related to ASF, Riverstone is looking for opportunities to grow the platform.

Over the long-term, animal-based proteins cannot meet all of China’s protein demand in the aftermath of ASF, and other plant-based sources could come to play a bigger role, he adds.

“Some of these things that have been happening in the United States for people who have chosen vegetable proteins for health or dietary preferences, I think ASF is going to be an accelerator of that consumption, particularly in Asia,” he says.

Not a permanent condition

Gammill, who has traveled to China frequently over the past 15 years as Proterra has invested more than $1 billion in the country, says many in the West generally misunderstand the country and its intentions. The trade war, in which agriculture has come to play a central role, has further complicated an already complex relationship and led some to the wrong conclusions, he says.

While it is true that ASF has, somewhat perversely, dramatically reduced Chinese demand for the US soybeans (soy is a common pig feed) that have been the most heated theater of the ongoing trade conflict, the fact of China’s demand remains.

“China, if it’s really taking all the excess supply that is out there, maybe they can import as high as four or five million tons if they are doing very well – that’s about it. They are 15 to 20 million tons short. There’s just not enough pork to solve it.”
Rich Gammill, Proterra

Gammill says it remains unclear if tariffs will remain in place long enough to justify investment in reorganizing key supply chains, but either way, the US is destined to remain a net exporter of agricultural goods into a global market where China will remain a pivotal source of demand.

“We’ll be fine if the tariff war is prolonged, but it doesn’t make any sense for there to be one,” he says. “Either through change of administrations or compromise – I’d be surprised if they were permanent. While they are around, they definitely disrupt supply chains and create opportunity for investors like us.”

A country as big as China, with the natural resource constraints it has, cannot realistically strive to be self-sufficient in agriculture, Gammill says, adding that how it gets along with the world will continue to matter.

“China and the United States need to figure out if they can be strategic partners and if they can play well together,” he says.

“It is a bit shocking to see how poorly things have turned in the past six months. I don’t think it’s a permanent condition. I think it’s two large superpowers flexing their muscles and that, ultimately, they are co-dependent and will remain so. To think they aren’t is silly.”

Africa 25 May 2020
Added to your Saved Articles
Loading
Unsave Article
Please confirm you would like to remove this article from your saved articles.
Share with other subscribers
Only logged in subscribers of this site will be able to access the shared article.