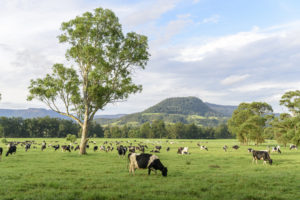 WA Super announced that it would be the founding investor in the fund with a contribution of A$20 million ($13.8 million; €12.4 million). The fund will have a maximum term of 20 years, with an option for extension, and while there is “no overall target return” according to a fund brochure, IIG expects to achieve an internal rate of return of 5-12 percent per year.

Speaking to Agri Investor, IIG head of product and strategy Jeremy Burke said that the fund was now looking to raise capital from other investors and while there were no hard fundraising targets, IIG would “raise capital to the extent that we’re comfortable there’s pipeline to deliver into.”

An initial raise could collect between A$30 million and A$60 million, Burke said, as this seemed a “good place” for a five-year deployment strategy.

“Beyond that, we’re open to evolving the fund in conjunction with WA Super as more opportunities emerge,” he said. “The A$20 million [from WA Super] is a significant contribution to scaling up impact investment, but if that A$20 million can lead to A$50 million or A$100 million, then obviously its power is multiplied. Catalysing markets, and opening up and proving the thesis more broadly, can only happen with capital of scale.”

Burke said that IIG believed this was only the second impact investment mandate that an Australian institution has provided and the first with a place-based focus.

On agriculture, IIG will partner with Tiverton Agriculture to invest funds from the WA Impact Fund alongside opportunities identified by Tiverton and its Agriculture Impact Fund. The fund’s stated goals in agriculture include increasing biodiversity, enriching soils, sequestering carbon and improving water management and community resilience.

“We know that agriculture and food is a significant part of the WA economy and community, but the challenge in agriculture is that it utilizes significant resources and can be polluting. And it’s one of Australia’s major sources of carbon emissions. But on the flip side, there’s a huge opportunity for carbon sequestration and the opportunity around improving soil health is one that we’re particularly keen to pursue,” Burke said.

“As we started to do our due diligence, there are areas within Western Australia where there is significant soil degradation, and patient capital can repair that. The proposition that we’re looking to build out is really looking at opportunities to demonstrate the combination of really strong social and environmental outcomes with good financial returns, while being patient and delivering long-term value into the land that we’d be looking to acquire.”

Chris West, chief investment officer at WA Super, told Agri Investor that the fund had not made any investments in the agriculture asset class to date but that the WA Impact Fund represented a way into the sector for it.

“It’s been a tricky one. It will be interesting to see how that plays out [in the WA Impact Fund] because if agriculture could be done successfully, it certainly should be part of the mix in a diversified real assets portfolio. We just haven’t been able to successfully implement that to date,” he said.

West added that it was also WA Super’s first foray into direct impact investing, having previously had a sustainability-focused option for members that invested in public markets.

On the long-term future of the strategy, Burke said that the WA Impact Fund was an opportunity to “strengthen the links” between superfund members’ capital and the outcomes that the capital delivers for them.

“It increases the democratization of the investment space in Australia and it allows us collectively as an industry to create the right environment and conditions that people want to retire into,” he said. “We would love to see more Australian investors’ capital generating positive social and environmental outcomes in Australia, and we think that this is a great example of how superfunds could do it.

“We’ve been really pleased with the response to the announcement [of the fund] and there are a number of conversations that are ongoing which could come up with some other interesting opportunities.”