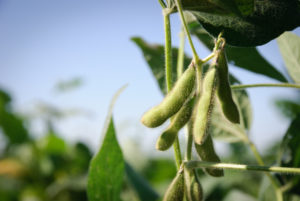 A small but burgeoning soybean trade between the US and Iran has been cut off this year by sanctions that should have had zero impact on it, given humanitarian exceptions for agricultural goods.

Uncertainty caused by the lack of provisions addressing liabilities faced by financial institutions involved in such transactions has effectively halted tradeflows.

For investors, the role of agriculture in the US’s simultaneous confrontations with China and Iran demonstrates risks stemming from the sector’s unique role in global trade. It also hints at opportunity costs that investors backing export-dependent assets pay for policymakers’ view of agriculture: as a tool for accomplishing unrelated foreign policy goals.

Agricultural goods have been exempted from US sanctions on Iran since its revolution in 1979, but it was the steep discounts offered in the wake of the China trade dispute that produced the spike in soy exports to Iran seen last year.

US Soybean Export Council (USSEC) chief executive Jim Sutter told Agri Investor that over the past six months, companies have reported that the lack of any explicit exception within sanctions for payment mechanisms has stopped trade with Iran.

“Everybody is paralyzed to ship something to Iran from the US today, even if the product is able to get into the country and even if it’s not a violation of any rules to ship that particular product ­– there does not seem to be a good way to facilitate the payments,” said Sutter, adding that dialogue with the USDA has not produced any answers.

Even before the elimination of Chinese demand last year, the USSEC was working to diversify markets through outreach in countries with large populations, low per-capita protein consumption and growing economies. Speaking from India on a trip that also included stops in Egypt and Pakistan, Sutter said Iran is too developed to be part of that cohort (which includes Bangladesh, Myanmar and Nigeria) but it could develop into a 1-2 million-ton-per-year market for US soy.

“We work hard to have one million-ton, two million-ton markets. We would love the opportunity to do business with Iran,” said Sutter. “We want any market that is an opportunity, especially given the China trade war and other potential trade issues around the world.”

Fund managers have little control over where the commodities they produce are sent after sale to large global marketers such as the ABCD companies, some of which have reportedly been involved in soy sales to Iran.

Archer Daniels Midland declined to comment to Agri Investor, while the Louis Dreyfus Company did not reply to messages seeking further detail about its trade with Iran. In statements, Bunge said it exports commodities in accordance with “all applicable legislative frameworks” and Cargill said in countries where international sanctions exist, it does utilize humanitarian exceptions for food.

“We believe that access to food is a human right,” added a Cargill representative.

Asked in a November BBC Persia interview about anxieties around bank transfers that were keeping agricultural imports from reaching Iran, secretary of state Mike Pompeo put the onus on the Iranian government, saying it “has to make a decision that they want their people to eat.”

The US has comparative advantages in land and water that policymakers rightly see as strategic assets. However, it is imperative that they approach ag’s use in foreign policy with more subtlety than secretary Pompeo has mustered.

Outside of the highly-charged relationships with Iran and China, for example, Sutter highlighted the inclusion of agricultural goods among potential US retaliations in an aircraft subsidy WTO dispute with the EU as another troubling example of ag being used to pursue goals unrelated to the sector.

Investor sentiment for ag funds is tied to the growth of a thriving global trade in agriculture. Any managers hoping to compete in the markets that Sutter suggests will drive 21st century trade should monitor closely how agriculture is used in US foreign policy, and help address ongoing decay within the institutions that carry it out.