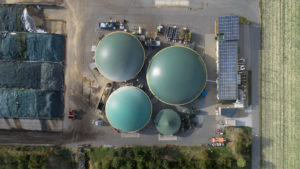 The open-ended project finance vehicle has a year-one capital-raising target of $50 million to $75 million. The Premium Alziraea Fund has a one year lock up, monthly liquidity windows on 90-180 days and will provide accumulation and distribution share classes in pounds sterling, US dollars and euros.

“Not all of them start [by investing] $50 million. We’ve had several calls with some very large groups that are interested and some of them are looking at starting at $10 million or $20 million, and what they will do is rank that up over one to three years if certain milestones are hit.”

The fund has an IRR target of between 6 percent and 7 percent in US dollars. Prestige Funds will also pursue commitments from Islamic banks, insurance companies and family offices, and will use its Asia-based business development team to garner interest from Malaysian Islamic institutional and advisory investors.

The vehicle could end up raising “significantly more” than its first-year target, said Reeves, who cited the $500 million the group raised in 2020 made up of “$200 million in fund assets and $300 million of non-funds wholesale debt.” But they are trying to be realistic given the ongoing pandemic and the fact that it is a new vehicle.

The firm has tried to avoid working on biogas projects with British businesses that “derive the majority, if not all of their income from overseas” for the last five years since the UK’s decision to leave the EU, as part of its Brexit preparation plans, said Reeves.

The funding will go towards the construction of new biogas facilities across the country and maintenance of the pair’s nine existing power stations in France.