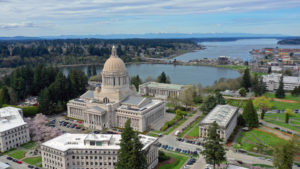 The Washington State Investment Board has committed $100 million to a vehicle being raised by farmland-focused PGIM subsidiary Prudential Agricultural Investments.

At an April 1 meeting of its private markets committee, the $127.8 billion pension approved a recommendation from independent consultant Meketa Investment Group to invest in the PGIM US Agriculture Fund as part of the “new strategies” component of the 2021 plan for its Tangible Assets portfolio.

“The Fund is being raised by PGIM Agriculture, which is seeking to raise $600 million from a small number of investors to add to an existing $400 million investment portfolio,” according to the WSIB Investment Advisory sent April 1. “Concurrent with the fund raise, the fund will be converting to a perpetual open-ended structure.”

According to materials from the meeting provided to Agri Investor, PAI manages $1.9 billion in assets comprised of $1.5 billion in net farmland assets managed on behalf of four single-account clients; a partnership between Prudential’s General Account and an unnamed public pension fund; as well as a $427.4 million vehicle managed for bank trust departments, high-net-worth individuals and various absentee landlords.

Plans call for diversification of the farmland held within the US Agriculture Fund through between 20 and 25 transactions targeting crops that include avocadoes, hazelnuts, table grapes, pecans, cherries and nectarines, according to the presentation.

PAI defines its core competency as including leased row crop investments and directly operated mature and development properties planted in permanent crops targeting between 8 and 12 percent and between 10 and 15 percent, respectively.

PAI directly manages 60 percent of its portfolio, of which 33 percent is located in the US Delta and 23 percent in California. The presentation highlights that leased permanent crop plantings typically result in 30 percent less income for landowners.

The unit selects its investments in line with themes that include healthier lifestyles, improving efficiency and productivity through technology and the competitive advantages of scale, according to the presentation.

It also includes detailed descriptions of investment plans for PGIM assets including a 1,109-acre citrus property in Highlands County, Florida; a 1,533-acre Tulare County, California property planted in almonds, wine grapes and raisins; and a 5,670-acre soybean and rice farm in Arkansas.

In October, PAI chief investment officer Jamie Shen told Agri Investor that while the first half of 2020 saw covid-19-related logistical delays and confusing market conditions, she expected total farmland transaction volumes to match levels seen in 2019 by the end of 2020.

PAI is a unit within PGIM Agricultural Finance and Investments, which also contains a business managing $5.6 billion in farmland and timber loans. The $86.6 billion Massachusetts Pensions Reserves Management Board committed up to $500 million to PAI in March 2020.

WSIB’s existing farmland investments include commitments of $250 million each to International Farming Corporation’s US Farming Realty Trust III and the open-ended IFC Core Farmland Fund and $50 million to Agriculture Capital’s ACM Permanent Crops Fund, among others.