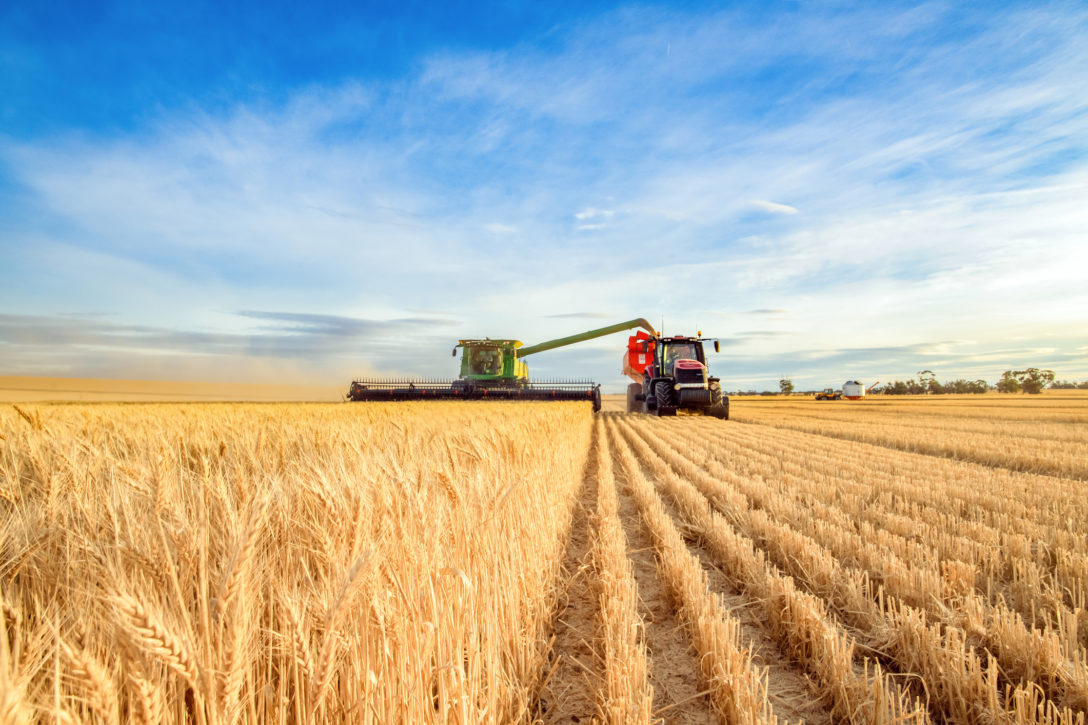 Sydney-headquartered asset manager New Forests is best known for its investments in forestry assets since it was founded in 2005 – no surprise given its name.

But the firm has owned farmland, too, which in Australia took the form of approximately 10,000 ha of canola and wheat cropping land in Western Australia that it acquired as part of a deal, alongside Alberta Investment Management Corporation, to purchase the forestry and farmland assets from the liquidated Great Southern Plantations in 2011.

“We’ve been managing agriculture assets for over a decade now. We have [farmland] in our existing forestry investment trust asset in Western Australia, so we’ve always had an underlying capability in the space – although our core focus over the last 10 years has been in forestry,” says Mark Rogers, New Forests senior managing director Australia, New Zealand and the US in a Zoom interview with Agri Investor.

“Over the last two or three years we’ve been having a conversation with our board about trying to extend our impact across the landscape. Forestry, particularly in a place like Australia, is a relatively small asset class when you compare land uses. It’s less than 1 percent of the arable land in Australia – most of that sits in the agriculture space.

“It was a natural extension for us – if we want to get bigger and have more impact, and take a wider range of products to our clients, we need to extend further across the landscape. The complementarity of that is really positive. We have lots of capability in landscape management and we already manage mixed landscapes, particularly in Australia.”

The firm is now making a conscious effort to expand its capabilities in farmland investing, launching a business division called New Agriculture earlier this month.

The division will build on New Forests’ largest foray into agriculture to date in 2021, when it purchased the 100,000 ha Lawson Grains cropping portfolio from funds managed by Macquarie Asset Management – a deal that saw AIMCo join again as a co-investor.

“We believe there will be conservation opportunities across the landscape as well as the decarbonization piece. For us, it’s about land management and optimizing land use”

That deal was a flag in the ground, giving the firm ownership of a huge portfolio spanning 10 aggregations in New South Wales and Western Australia in one swoop. The portfolio will now be managed by the New Agriculture team, which is being led by head of agriculture Bruce King, who was most recently chief executive of the Regional Investment Corporation and joined the firm in July 2022.

“The exciting thing for me was the opportunity to take an organization with a reputation for sustainability like New Forests, and overlay that landscape optimization across agriculture,” says King. The Lawson Grains portfolio will be the team’s first area of focus, exploring areas such as the introduction of a different operational mix including, but not limited to, things like running livestock on certain properties.

“One of the important things that we’re hoping to do with Lawson Grains is bring a landscape optimization view, and optimize productivity, to take a piece of the future exposures [available] around natural capital markets. We know that’s still a relatively undeveloped marketplace and we think there’s an excellent opportunity through our landscapes to bring that to bear and deliver positive returns for investors.”

Rogers echoes this, saying the motivation behind setting up New Agriculture was to provide an outlet whereby the firm could ramp up its scale in farmland, before then optimizing that land for its best and most sustainable use.

“We believe there will be conservation opportunities across the landscape as well as the decarbonization piece. For us, it’s about land management and optimizing land use,” says Rogers. “We’re now looking forward to having an evolving conversation with our clients as we frame up what it looks like for us, the types of allocations they’ve got and where they want to deploy capital, and then deepening our expertise in the space over time, just like we’ve done with forestry over the last 15 years,” he says.

Also on the New Agriculture team are three other investment professionals: Ben Mason, former vice-president, agriculture at Roc Partners; Ben Pickles, who joined as manager, operations in April 2022 from Kilcoy Global Foods; and Jamie Lord, who has been with New Forests since 2013 and has moved into the role of manager, investments in the new business division. Lord led the Lawson Grains acquisition last year.

“AIMCo has dry powder, they want to invest more and diversify the portfolio – so there is room to do that within Lawson but also outside the portfolio”

On what the team’s priorities will be, King says that discussions are still ongoing with New Forests’ board over what the strategy will be.

“We’ve certainly got an excellent opportunity to expand Lawson Grains and we’ll certainly be looking to bring other investors along on that journey. But as we get to understand a bit more about what asset class allocations [investors] have got available, we’ll be making a determination about whether it will be single mandates that we’re looking at or whether there’ll be some fund opportunities in the future,” he says.

New Forests has historically pursued both approaches simultaneously in the forestry space, making direct investments on behalf of some clients while also raising commingled funds. In the US, the firm has almost exclusively invested through direct mandates to date, although it is now in the process of raising a US-focused forestry fund.

“I think we can do both [in agriculture],” Rogers says. “We’re really looking forward to what Bruce and the team pull together as that strategy. But the very near-term opportunity is to continue to work with AIMCo and build out the Lawson Grains platform. AIMCo has dry powder, they want to invest more and diversify the portfolio – so there is room to do that within Lawson but also outside the portfolio.”

Farmland and forestry are clearly both natural assets but have quite distinct investment characteristics. So how far will New Agriculture be able to leverage the existing New Forests LP base to secure commitments for farmland investment strategies?

Rogers says that the assets are “viewed quite differently” by investors.

“Some investors are starting to rename these buckets, into natural capital and those sorts of things, so we are seeing some of that come together. AIMCo is a great example – they want a diversified portfolio of everything, they’re heavy in infrastructure, real estate, and they’ve got a great forestry portfolio with us and other people around the world, and they’re doing ag as well,” Rogers says.

“The development of natural capital and carbon markets are continuing to evolve, and while they are at a very early stage there’s an excellent opportunity for us to [present] Australia as a best-in-class investment opportunity”

“That’s typical of the bigger LPs. Some of the LPs who are newer to the space might want fund products because they get safety in numbers and can hand discretion over to the manager, while some are more confident and want that direct input. It’ll be horses for courses for us, as it has been on the forestry side – I think it’ll be a great mix of existing clients from the forestry space and new clients.”

The question over the development of natural capital as its own distinct asset class is clearly one that the New Agriculture team (and the board of New Forests) have been thinking about for some time, with New Forests head of sustainability Radha Kuppalli telling Agri Investor in June 2022 that the board saw “an opportunity to have a natural capital platform around carbon and biodiversity.”

King says the investment landscape for natural assets in Australia has reached an “exciting time.”

“The development of natural capital and carbon markets are continuing to evolve, and while they are at a very early stage there’s an excellent opportunity for us to [present] Australia as a best-in-class investment opportunity. I think we’ll be able to leverage the reputation that New Forests has built with its existing investors, and while it might necessarily have the same team there is a clear track record there.”

In the longer term, Rogers says, it “makes sense” to bring forestry and farmland together in a single investment offering, should investor demand be there – which would begin to look a lot like a so-called natural capital vehicle.

“We have to be cautious about that because of the way [investors] currently allocate. But for us, ultimately, real assets break down into four spaces, with infrastructure and real estate sitting alongside [farmland and forestry].

“If we can show them that a forestry manager can come into this space, and bring our capability and benchmarks across that platform into the landscape, and combine them – you can easily see Bruce switching some of his agriculture operations into forestry and vice versa, [using] different crops and different commodities on the food side as well. That optionality will hopefully breed investment returns that are above market.”

King echoes this, saying there is a “natural alignment” between the two business divisions and the two asset classes.

Rogers finishes by highlighting the significant role that nature-based investments have to play in mitigating the impact of climate change.

“They’re all screaming about being carbon neutral by 2050 but they have no idea how to get there. This is their journey and we’re going to provide them with at least a pathway to try to achieve some of that.”

The ambition to blend forestry and farmland is another sign of the growth of natural capital as an investment asset class in its own right. But, as Rogers says, much will depend on how investors allocate capital to it, or even if they do at all in significant ways.

Time will tell on that front. But New Agriculture has signaled that it has plans to become a major player in the farmland investment market, with Lawson Grains a platform on which it intends to build a much broader natural assets-focused investment business.